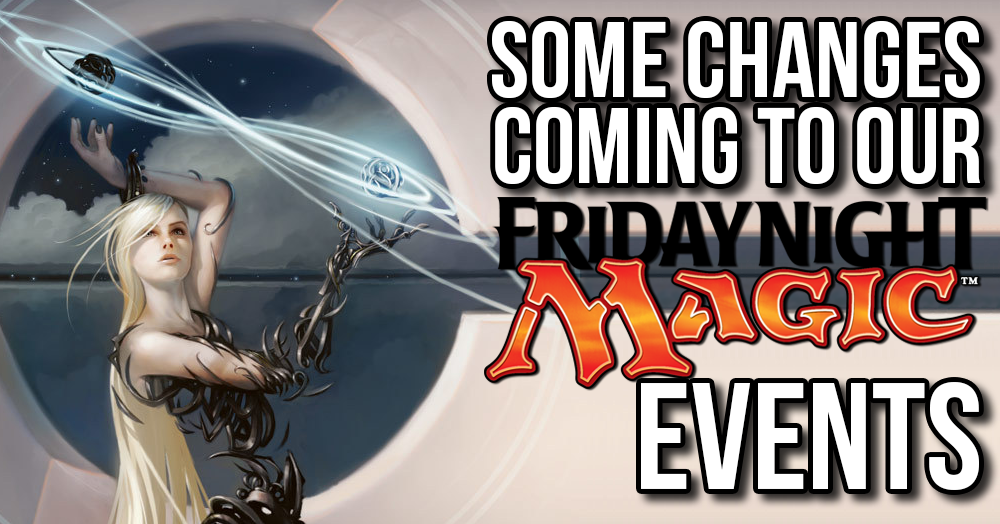 What You Need to Know

Rounds/ Prizes – Our FNM drafts will be now be 3 rounds, with one pack given out for each round you win. In addition, every player that finishes all three rounds will receive an additional booster pack, regardless of record! It’s like a free win and the event will finish up an hour earlier! As always, players will keep all the cards they select in the draft.

All your wins each week will matter in more ways than one! The top 8 players (in match points) for each 10-week season will get an exclusive seat in our Millennium Games Store Draft Championship! In addition to getting packs for wins, player’s match points will count toward a seat in this invite-only, single-elimination tournament. This event will feature Magic Store Championship Kit prizes for all participants (including an exclusive playmat for 1st), as well as brand new Magic product, paid out as follows:

1st – One booster box of the next Magic set on release

2nd-4th – One Bundle of the next Magic set on release

This new FNM format will begin on Friday, January 19th to celebrate the first FNM featuring the Rivals of Ixalan set!

Play in our Regional Championship Qualifiers on November 5th or December 3rd!