Games Workshop is one of the largest miniature game companies in the world, featuring both Sci-Fi and Fantasy based games, at large scale battles, and smaller skirmish fights. Warhammer 40,000… Read more » 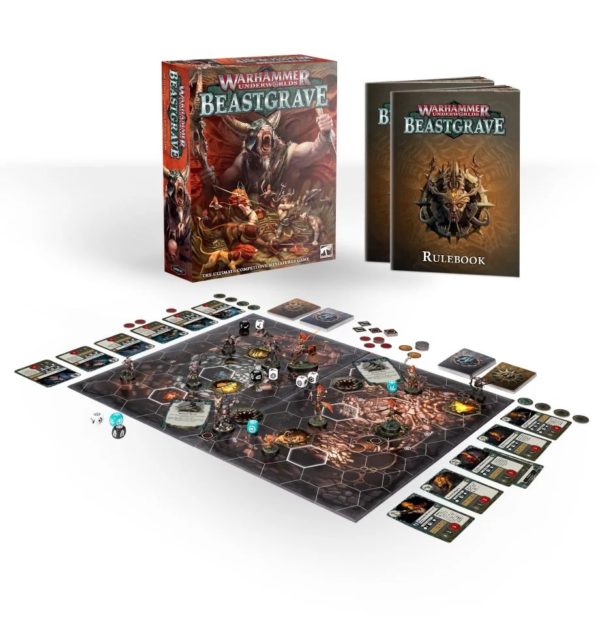 Game of the week

Shop All of Our Games Workshop Inventory

Games Workshop is one of the largest miniature game companies in the world, featuring both Sci-Fi and Fantasy based games, at large scale battles, and smaller skirmish fights.

Set in the 41st Millennium, Warhammer 40,000 has large futuristic battles of Space Marines vs aliens of all kinds. We have everything from Star Collecting sets and Codex Rules for your armies, to kits featuring upgrades to all the forces in the 40k Universe

For a more fantasy style universe, we have Warhammer Age of Sigmar. Forces of Order, Chaos, Death and Destruction constantly battle against each other, using swords and magic that persists on the battlefield. Age of Sigmar has its own Starter Boxes, with over 20 fantasy armies to choose from!

Skirmish Games
Kill Team and Necromunda offer smaller scale fights in the 40K universe, while Underworlds and Warcry offer a quicker skirmish fight for Age of Sigmar. Each offers their own unique way to experience the Warhammer Universes. Each has its own miniatures line, but specific models from 40K and Age of Sigmar can be used inside Kill Team, Underworlds and Warcry. You can take your troops from your full armies and have a smaller scale game to play with them, or try out a new army at a smaller level!