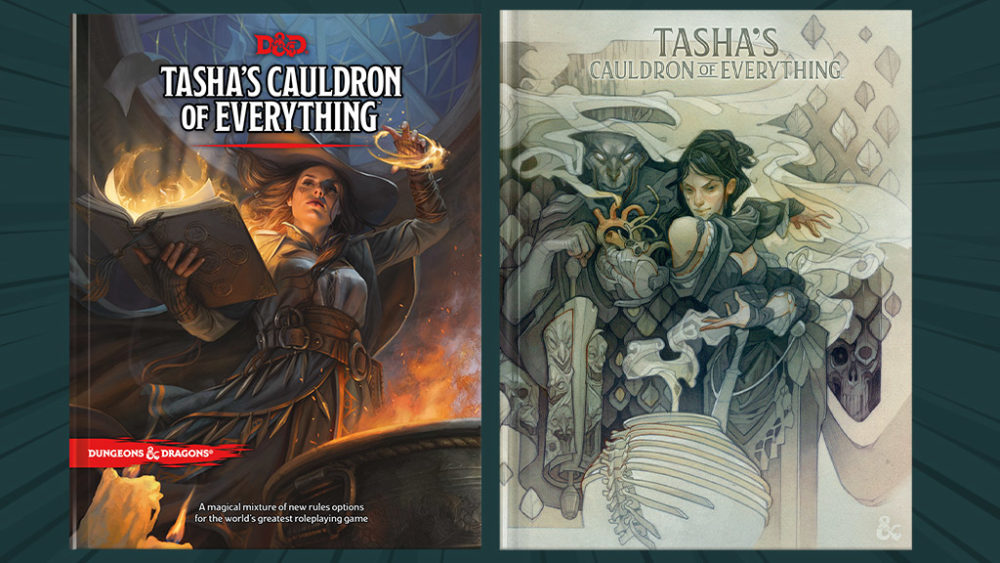 What Wonderful Witchery is This?

A magical mixture of rules options for the world’s greatest roleplaying game.

The wizard Tasha, whose great works include the spell Tasha’s hideous laughter, has gathered bits and bobs of precious lore during her illustrious career as an adventurer. Her enemies wouldn’t want these treasured secrets scattered across the multiverse, so in defiance, she has collected and codified these tidbits for the enrichment of all.

Guarantee your copy on release day by Pre-Ordering on our website HERE!

Tasha’s Cauldron of Everything is set to release November 17th!

Get the classic style cover or the special limited edition book with alternate art!