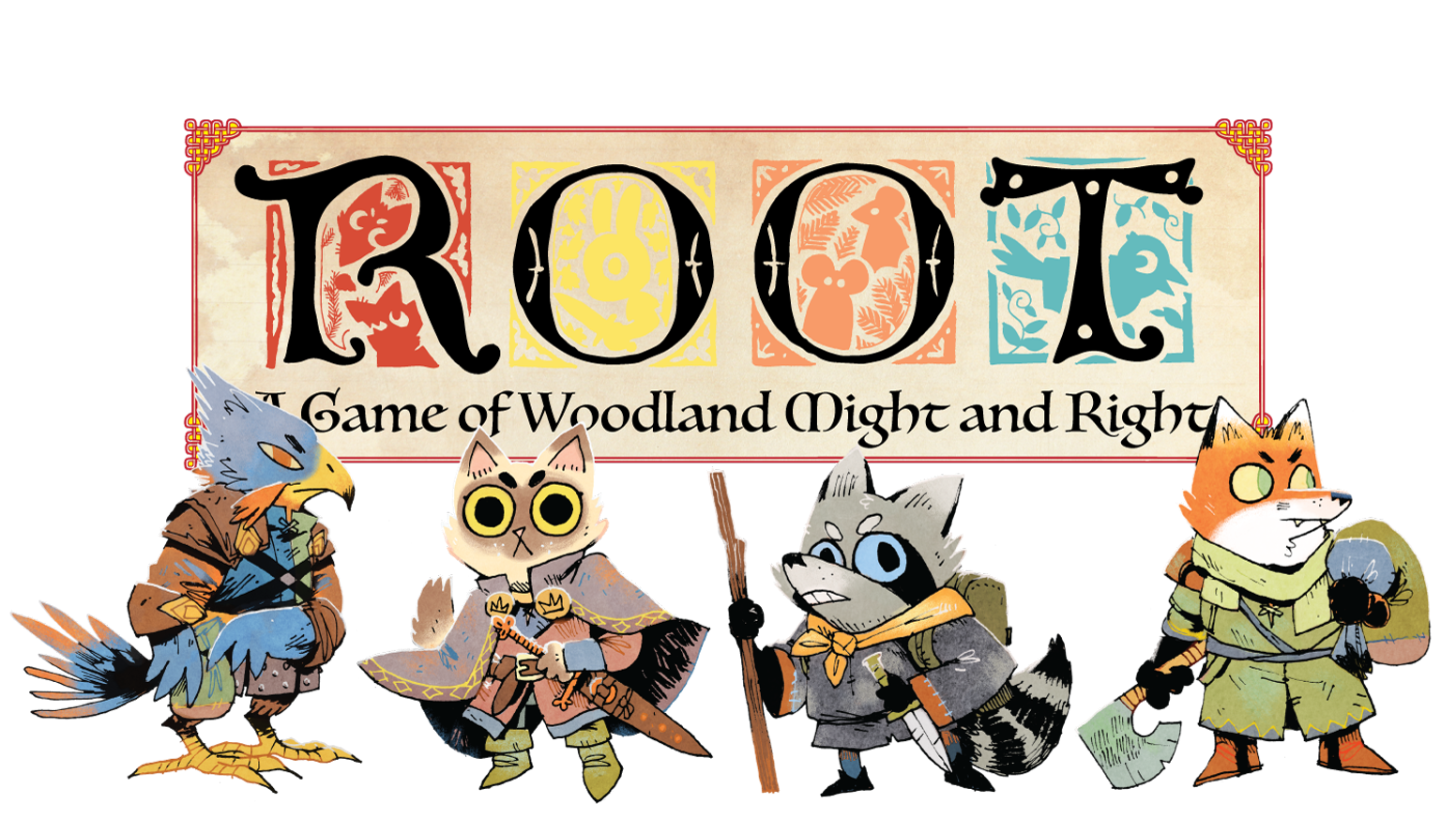 Root is a game of adventure and war in which 2 to 4 (1 to 6 with the ‘Riverfolk’ expansion) players battle for control of a vast wilderness:

The Cats play a game of engine building and logistics while attempting to police the vast wilderness. By collecting Wood they are able to produce workshops, lumber mills, and barracks. They win by building new buildings and crafts.

The Eyrie musters their hawks to take back the Woods. They must capture as much territory as possible and build roosts before they collapse back into squabbling.

The Alliance hides in the shadows, recruiting forces and hatching conspiracies. They begin slowly and build towards a dramatic late-game presence–but only if they can manage to keep the other players in check.

Meanwhile, the Vagabond plays all sides of the conflict for their own gain, while hiding a mysterious quest. Explore the board, fight other factions, and work towards achieving your hidden goal.

Add a fifth and sixth player with the new Riverfolk Expansion, which adds The Riverfolk Company and The Lizard Cult as playable factions.

Every faction has completely unique mechanics and point-scoring, making Root a different experience every time!

Pick up the Limited Edition Deluxe set, featuring the new Warriors of Krynn Board Game!